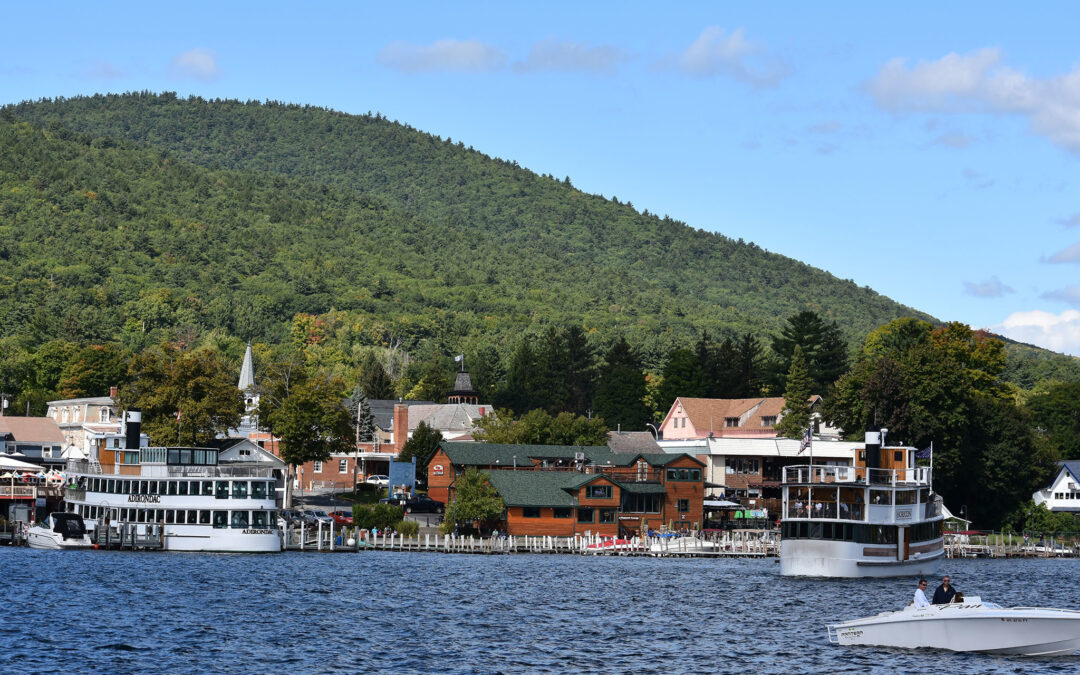 LAKE GEORGE, N.Y. (NEWS10) – The FUND for Lake George has spent five years pushing different ways to reduce the use of road salt around Lake George, for both environmental and cost reasons. That work has caused towns like Lake George and Hague to switch from sand to brine, in a process showcased Wednesday morning in a short film the FUND showed off via livestream.

According to FUND data, Lake George has seen a salt increase of 300 percent over the last 40 years, and a great deal of that is thanks to salt coming in from roadways. That salt gathers in the lake and isn’t processed into the soil, which causes overall toxicity throughout the water to rise.

The FUND says those salt levels are around 30 times higher in Lake George than in undeveloped lakes further north into the Adirondack Park.

To that end, representatives from towns all across New York tuned in for “The Road Map to Road Salt Reduction: Success Stories from Lake George.” The film showcases road work in Lake George using salt brine, which road crews have used this winter to protect roads from winter ice with a small portion of the salt use.

The film focuses in first on Rob Vopleus, winter maintenance manager for the Town of Lake George Highway Department. Vopleus describes the process his crew went through each year to prepare for winter roads around the lake, which used to start with a mountain of sand in the summertime.

Crews would spend all summer hauling sand to a bulk pile, and then in the winter would use pickups to dump sand. Then, in the spring, they would have to use street sweepers and other specialized equipment and clean the sane back off those roads.

That process, time-consuming and resource-intensive as it was, worked for years. Then, now-retired Highway Superintendent Dan Davis caught wind of brine solutions being used on roads instead. At the time, the department lacked the funds to buy the specialized equipment it takes to mix and distribute brine.

So they made their own.

“The brine thing kind of interested me, so I started looking into it,” said Davis. “We actually started building our own brine maker down there with three or four 55-gallon barrels.”

Getting a grip on the cost and impact of rock salt: part three

Those drums, an agitator and a garden hose later, the town had a makeshift brine maker. The town tested the system out during an ice storm in 2014, brining roads beforehand to see how they would fare differently than others. And the signs were easy to spot.

“We were the only ones open for school that day,” Vopleus said.

Since then, it’s been two years since the town has had to break out its once-essential sand pile.

For town employees, the key was understanding how much of the salt they used on roads would eventually come to impact the environment.

“Once we understood the saturation levels of the salt and understanding how to prevent that bond rate, we were able to reduce our numbers by playing with the system,” said Hague Highway Department Operator Tim Fiallo.

That meant making their own brine, too. The department now has the capacity to mix 18,000 gallons of brine in 2 days. Those are stored in six municipal tanks, and each tank of brine saves the town around $4,000 compared to the old road salt method.

Leaders in both towns admit that, at first, there was skepticism as to how much of a difference switching from sand and rock salt to brine would be. For the science experts at the FUND, proving how beneficial the change would be to the lake was the biggest task of all.

“I was probably the biggest skeptic of all,” Davis said. “I made them work for it, they convinced me. Once I was convinced, my guys were probably more receptive than I was, and the proof’s there.”

Pilot program bill to reduce road salt use in the Adirondacks on its way to Gov. Cuomo

After showing the film, Siy was joined by Lake George Waterkeeper Chris Navitsky and WIT Advisors CEO Phil Sexton to answer questions from communities interested in using brine to reduce their own road salt levels around water bodies.

There, Siy answered questions about how the FUND’s push to bring more brine to the area has been funded. The FUND has worked with the New York State DOT, and are receiving aid from a state PILOT program and grant programs to fund the use of brine.

Warren County has used salt brine as a low-salt solution across 80 miles of road this winter.

The full presentation can be viewed above in this article.